You Can Help Us Make A Difference 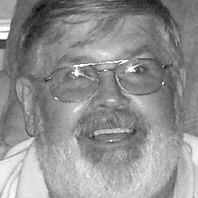 Right before he passed away I said to my father, “I’m going to continue your advocacy for veterans.” I had no idea what that meant at that time. None. And to be honest, for the next couple of years, nothing really big happened. Small things on small scales, helping out here and there. Then, with Fairway I got involved with Louise Thaxton. She started the American Warrior Initiative and Fairway started giving away houses all over the country to wounded veterans. We took part in that and were able to give a veteran a home mortgage free, no mortgage payment, near Pittsburgh, Pennsylvania. That was the first time that it was like, “Dad, that’s what I meant.” Then we did a couple other events and gave away a trip to a Veteran and his family to Disney all expenses paid for. Another big one was hosting a private movie viewing at the local movie theater to watch Thank You For Your Service to bring awareness to the terrible situations our Veterans are put in when they come back home. I am not a Veteran, but I am an American Patriot. This is our way to give back and recognize their sacrifice.

John Owen Mann, 59, of Hot Springs, Arkansas, formerly of Allentown, left Earth on Tuesday April 1, 2008, to join his parents and begin his new life serving the Lord. For those who truly knew John, April 1 was a most fitting day to be called to Heaven. For those of you who did not know John, he was the biggest jokester you would have ever known. April fool’s day was a very fitting day for him to go. Born in Carlisle, John was the son of the late Vernon Mann of Hot Springs, Arkansas, who also served in World War II, recipient of at least two, if not three, Purple Hearts and a Silver Star. And mother, Marian Yale Cocco of Allentown, who also served in World War II. He was a graduate of William Allen High School. John was extremely proud of his military service to his country, serving with the Army in Vietnam. He formerly sold life insurance with Metropolitan Life Insurance and was the former owner of Jordan Park Beverage in Whitehall. John sold the business and relocated to Arkansas after learning his father was stricken with cancer. After the passing of his father, he remained in Arkansas to care for his step mother, Virginia, who was diagnosed with breast cancer, and also his Aunt Helen. After the passing of Vernon and Virginia, John decided to remain in Arkansas and dedicated his life to helping others less fortunate. He would care for all his neighbors and anyone in the community that needed assistance in any way. John was most proud of helping veterans in any way possible and recently organized a reunion the was held in Branson, Missouri, for the member of his Army Unit that served in Vietnam. An avid sports fan, he loved rooting for the New York Yankees, and the Philadelphia Eagles. He enjoyed his many years pitching in the East Penn Modified League with his team, the former Bambi Restaurant. He was an outstanding golfer in his own right who was known to absolutely crush his drives and would never pass up a chance to get in a round or two with family and friends. John also was an outstanding bowler, bowling in many leagues throughout his time in the Lehigh Valley.

There are no upcoming events to display at this time.